ONLINE BOOK „You are not that alone“ / CHAPTER II. – Part I. 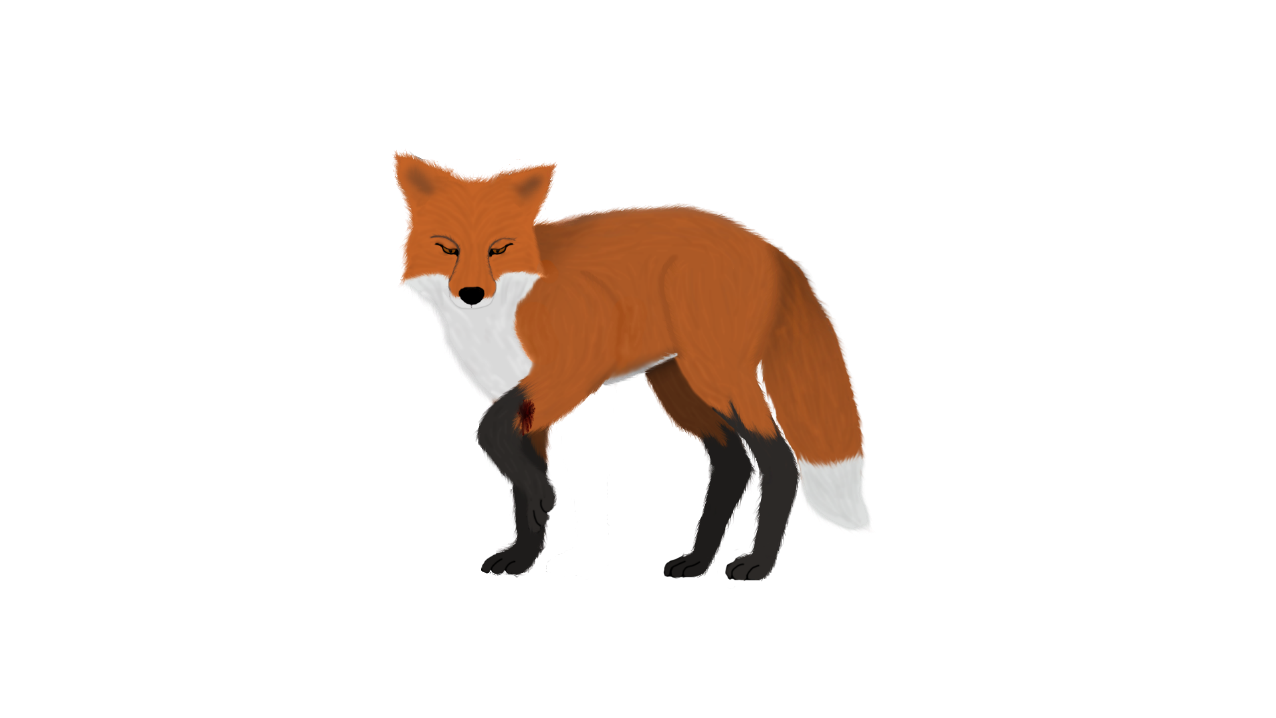 je úterý a máme tu pokračování YOU ARE NOT THAT ALONE. Pokud vám utekl CHAPTER I., stačí kliknout HERE.

What surprised Henry? Was it someone or something? Did he put his life in danger?

THAT and more you´ll find out in the upcoming CHAPTER II. – Part I.

He saw something that surprised him. About six meters in front of him, a fox lay. She looked tired and scared. When she saw him, she wanted to get up and run. When she got up, he saw her leg was injured. She lay down again. He came closer to her carefully and pulled out of his pouch some bandage that he wrapped her wounds with. He saw that she didn’t like it so he tried to be very careful. He wanted to take her in his arms. She didn’t like it.

“Come on, I don’t want to hurt you. But I have more treatment at home.”

She looked at him as if she understood and she nodded. He carefully took her in his arms and headed to his house that was about forty-five minutes away.

When he came home, he lay her on the table. He prepared some things which would treat her wounds. He turned to her and rolled up his sleeves. She looked really scared.

“Well, I know it’ll hurt but it is necessary.”

“As if she understood me,” he thought.

He gently took off the bandage and looked closely at her injury. He cut the fur that was in the way of her wounds. He had to do it only with one hand because with his second hand he held her other leg. When he started cleaning it, she jerked. When he cleaned the injury, he put on it a piece of cloth soaked in a decoction of yarrow, plantain and St. John’s wort and he wrapped it. He put her in his bed. He washed his hands. He gave her some chicken meat he was supposed to have for lunch.

He turned around and went to make a St. John’s wort tea and a bread with butter and salt. He sat at the table and he enjoyed his food. When he finished his food, he saw she fell asleep. So, he quietly grabbed his pouch and poncho and he went outside. He decided to go to collect some wood. Although it was only September it was cold and windy at night.

“Maybe I should get some food,” he thought to himself.